DatingReviews.co.nz is a free comparison website that is compensated by third party providers if a visitor clicks on one of our links, registers or purchases a membership on sites that appear on DatingReviews.co.nz. Without this commission we would not be able to offer this service, which is free for visitors. Domains and hosting cost money and work for the administration and maintenance of DatingReviews.co.nz is time-consuming and cost-intensive. Through this there are no additional costs for visitors!

The performance, conversion rate and popularity of the sites that appear on DatingReviews.co.nz as well as the compensation we receive by third party providers impacts the location and order in which the companies and/or their products are presented and also have an impact on the rating that is assigned to them. The ratings that appear on this site are determined by our subjective opinion and are also based on the performance, conversion rate, brand popularity and compensation received by third party providers. However, in some cases we do not receive any commission at all but still want to present a variety of sites to you. A list of paying and non-paying third party providers, a detailed explanation on our affiliate relationships and a review and analysis process explanation can be found here.

By using DatingReviews.co.nz, you assent to this advertising disclosure, as well as the disclosure Privacy Policy and Terms of Use which are incorporated by reference. You are not obligated to use the website, initiate contact with providers, or agree to purchase any service. The information, including prices, that appear on DatingReviews.co.nz is subject to change at any time.

Other websites in the category 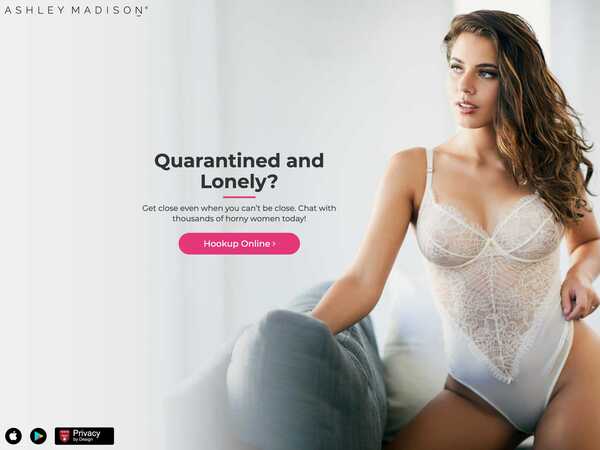 Looking to have an affair in New Zealand? There’s really only one site to start with when it comes to affairs dating reviews for NZ. But does it actually work…?

The name Ashley Madison has become synonymous with the rise of internet dating as a way to meet new people for relationships online. Beyond Match and possibly e-Harmony, it’s difficult to think of an online dating site that’s had more column inches devoted to it. The very notion that the modern and convenient online method of finding a new relationship would be used for enabling married men and women to meet up for sex was as controversial for some as it was enticing for others. Since 2001, whether publicly insulted or privately applauded, Ashley Madison has been an online sensation.

But the big question for both sides of the debate has always been “how effective is Asley Madison?” and “how many women actually use Ashley Madison for cheating?”. Even if you are sold on the idea of looking for extramarital fun online, secret meets and a discreet liaison, if you’re a New Zealander that’s ready to make it happen, is Ashley Madison a good option for setting up no strings affairs?

What is the Best Affairs Dating site for New Zealand?

It’s one thing for a hookup dating site to be well known and good at attracting PR, but does that make it any good at attracting married women for secret, anonymous affairs? Well, there’s no doubt that publicity helps any internet business, although the idea that any publicity is good publicity has perhaps been pushed to the limit here. But when our online dating reviews team tested Ashley Madison New Zealand we were pleasantly surprised that the site is still an active cheaters community and, from what we could gather, has pivoted its approach somewhat to focus more on a secure experience for members, all of which are looking to start an affair in New Zealand online and more than comfortable with cheating on their partners as long as it’s done in a secretive fashion. In fact, since 2015 the site has been promoting it’s “Ashley Madison is for everyone” campaign, essentially letting users know in advance that single people who want to meet married men and women also use their popular affairs website.

It doesn’t take too much digging to find stats that back up the fact that Ashley Madison is still one of the most popular, leading affairs dating sites. The site itself claims that thousands of new members join every day and articles written about the latest iteration of Ashley Madison seem to back this up. Our dating reviews team certainly found it to be as busy as other online dating sites we’ve tried in New Zealand recently, and certainly more busy than a lot of the internet dating sites for having an affair in NZ that we’ve tested out.

Is AshleyMadison.com Worth Trying?

If you’re a Kiwi looking for a side dish or a visitor to the country interested in the short-term spicing up of your sex life, then provided you’re ok with the cheating aspect (I guess you wouldn’t be reading this otherwise) then we would definitely suggest giving AshleyMadison’s anonymous affairs platform a go. The desktop experience is good and easy to use, they even have an app, and there’s no doubt that they prioritise discretion and security more than they ever have.

Ultimately, it will come down to how many members of the opposite sex are in your area but whether you’re looking for an affair near Auckland, Wellington, Christchurch or anywhere else on our beautiful island, Ashley Madison is an obvious place to start. Just remember that like the more typical forms of online dating, it will take time, patience, effort and a bit of luck to hook up a married online dater.

Thanks for your feedback!